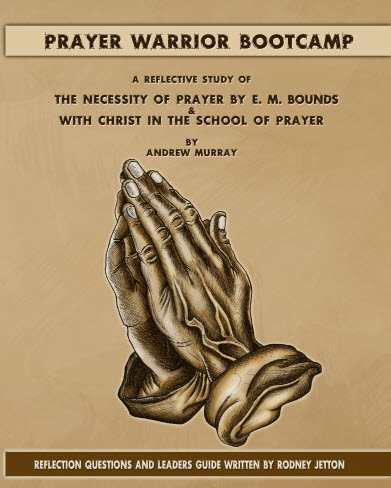 The tenor of Christ’s teachings, is to declare that men are to pray earnestly — to pray with an earnestness that cannot be denied. Heaven has harkening ears only for the whole-hearted, and the deeply-earnest. Energy, courage, and persistent perseverance must back the prayers which heaven respects, and God hears. All these qualities of soul, so essential to effectual praying, are brought out in the parable of the man who went to his friend for bread, at midnight. This man entered on his errand with confidence. Friendship promised him success. His plea was pressing: of a truth, he could not go back empty-handed. The flat refusal chagrined and surprised him. Here even friendship failed! But there was something to be tried yet — stern resolution, set, fixed determination. He would stay and press his demand until the door was opened, and the request granted. This he proceeded to do, and by dint of importunity secured what ordinary solicitation had failed to obtain.

The success of this man, achieved in the face of a flat denial, was used by the Savior to illustrate the necessity for insistence in supplicating the throne of heavenly grace. When the answer is not immediately given, the praying Christian must gather courage at each delay, and advance in urgency till the answer comes which is assured, if he have but the faith to press his petition with vigorous faith.

Importunate praying is the earnest, inward movement of the heart toward God.

It is the throwing of the entire force of the spiritual man into the exercise of prayer. Isaiah lamented that no one stirred himself, to take hold of God. Much praying was done in Isaiah’s time, but it was too easy, indifferent and complacent. There were no mighty movements of souls toward God. There was no array of sanctified energies bent on reaching and grappling with God, to draw from Him the treasures of His grace. Forceless prayers have no power to overcome difficulties, no power to win marked results, or to gain complete victories. We must win God, ere we can win our plea.

Isaiah looked forward with hopeful eyes to the day when religion would flourish, when there would be times of real praying. When those times came, the watchmen would not abate their vigilance, but cry day and night, and those, who were the Lord’s remembrancers, would give Him no rest. Their urgent, persistent efforts would keep all spiritual interests engaged, and make increasing drafts on God’s exhaustless treasures.

Importunate praying never faints nor grows weary; it is never discouraged; it never yields to cowardice, but is buoyed up and sustained by a hope that knows no despair, and a faith which will not let go. Importunate praying has patience to wait and strength to continue.  It never prepares itself to quit praying, and declines to rise from its knees until an answer is received.

The familiar, yet heartening words of that great missionary, Adoniram Judson, is the testimony of a man who was importunate at prayer. He says:

“I was never deeply interested in any object, never prayed sincerely and earnestly for it, but that it came at some time, no matter how distant the day. Somehow, in some shape, probably the last I would have devised, it came.”

“Ask, and ye shall receive. Seek, and ye shall find. Knock, and it shall be opened unto you.” These are the ringing challenges of our Lord in regard to prayer, and His intimation that true praying must stay, and advance in effort and urgency, till the prayer is answered, and the blessing sought, received.

In the three words ask, seek, knock, in the order in which He places them, Jesus urges the necessity of importunity in prayer. Asking, seeking, knocking, are ascending rounds in the ladder of successful prayer. No principle is more definitely enforced by Christ than that prevailing prayer must have in it the quality which waits and perseveres, the courage that never surrenders, the patience which never grows tired, the resolution that never wavers.

In the parable preceding that of the Friend at Midnight, a most significant and instructive lesson in this respect is outlined. Indomitable courage, ceaseless pertinacity, fixity of purpose, chief among the qualities included in Christ’s estimate of the highest and most successful form of praying.

Importunity is made up of intensity, perseverance, patience and persistence. The seeming delay in answering prayer is the ground and the demand of importunity. In the first recorded instance of a miracle being wrought upon one who was blind, as given by Matthew, we have an illustration of the way in which our Lord appeared not to hearken at once to those who sought Him. But the two blind men continue their crying, and follow Him with their continual petition, saying, “Thou Son of David, have mercy on us.” But He answered them not, and passed into the house. Yet the needy ones followed Him, and, finally, gained their eyesight and their plea.

The case of blind Bartimaeus is a notable one in many ways. Especially is it remarkable for the show of persistence which this blind man exhibited in appealing to our Lord. If it be — as it seems — that his first crying was done as Jesus entered into Jericho, and that he continued it until Jesus came out of the place, it is all the stronger an illustration of the necessity of importunate prayer and the success which comes to those who stake their all on Christ, and give Him no peace until He grants them their hearts’ desire.

Mark puts the whole incident graphically before us. At first, Jesus seems not to hear. The crowd rebukes the noisy clamor of Bartimaeus. Despite the seeming unconcern of our Lord, however, and despite the rebuke of an impatient and quick-tempered crowd, the blind beggar still cries, and increases the loudness of his cry, until Jesus is impressed and moved. Finally, the crowd, as well as Jesus, hearken to the beggar’s plea and declare in favor of his cause. He gains his case. His importunity avails even in the face of apparent neglect on the part of Jesus, and despite opposition and rebuke from the surrounding populace. His persistence won where half-hearted indifference would surely have failed.

Faith has its province, in connection with prayer, and, of course, has its inseparable association with importunity. But the latter quality drives the prayer to the believing point. A persistent spirit brings a man to the place where faith takes hold, claims and appropriates the blessing.

The imperative necessity of importunate prayer is plainly set forth in the Word of God, and needs to be stated and re-stated today. We are apt to overlook this vital truth. Love of ease, spiritual indolence, religious slothfulness, all operate against this type of petitioning. Our praying, however, needs to be pressed and pursued with an energy that never tires, a persistency which will not be denied, and a courage which never fails.

We have need, too, to give thought to that mysterious fact of prayer — the certainty that there will be delays, denials, and seeming failures, in connection with its exercise. We are to prepare for these, to brook them, and cease not in our urgent praying. Like a brave soldier, who, as the conflict grows sterner, exhibits a superior courage than in the earlier stages of the battle; so does the praying Christian, when delay and denial face him, increase his earnest asking, and ceases not until prayer prevail. Moses furnishes an illustrious example of importunity in prayer. Instead of allowing his nearness to God and his intimacy with Him to dispense with the necessity for importunity, he regards them as the better fitting him for its exercise. When Israel set up the golden calf, the wrath of God waxed fierce against them, and Jehovah, bent on executing justice, said to Moses when divulging what He purposed doing, “Let Me alone!” But Moses would not let Him alone. He threw himself down before the Lord in an agony of intercession in behalf of the sinning Israelites, and for forty days and nights, fasted and prayed. What a season of importunate prayer was that!

Jehovah was wroth with Aaron, also, who had acted as leader in this idolatrous business of the golden calf. But Moses prayed for Aaron as well as for the Israelites; had he not, both Israel and Aaron had perished, under the consuming fire of God’s wrath.

That long season of pleading before God, left its mighty impress on Moses. He had been in close relation with God aforetime, but never did his character attain the greatness that marked it in the days and years following this long season of importunate intercession.

There can be no question but that importunate prayer moves God, and heightens human character! If we were more with God in this great ordinance of intercession, more brightly would our face shine, more richly endowed would life and service be, with the qualities which earn the goodwill of humanity, and bring glory to the Name of God.

Class 1 Verse- Therefore I say unto you, what things soever ye desire, when ye pray,

To purchase a copy of Prayer Warrior Bootcamp click here.

Prayer Warrior Bootcamp has been published on this blog and is in the public domain. Any part of this publication may be reproduced, distributed, or transmitted in any form or by any means, including photocopying, or other electronic or mechanical methods. Copies of Prayer Warrior Bootcamp and be purchased at Amazon by clicking here and special discounts are available on quantity purchases by churches, associations or individuals at the following prices.

Send a comment or email RodJetton at gmail dot com if you need multiple quantities.